Weekly Anticipation Index: 'All About Steve'

September's All About Steve looks to capitalize on the momentum of Sandra Bullock and Bradley Cooper. 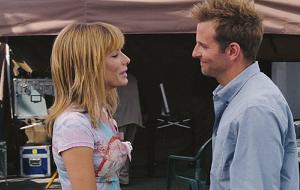 While the combination of Sandra Bullock and Bradley Cooper in All About Steve may not have looked that strong a year ago, this summer has certainly changed that.

Bullock had her strongest opening weekend ever with The Proposal, which has since gone on to cross the $100 million mark. The success of that romantic comedy marked a breath of fresh air for the actress considering that she had recently appeared in a series of weak box office performers such as Premonition and Infamous. Moviegoers are now back on her side.

For Bradley Cooper, The Hangover marked the kind of film that shoots an actor to superstardom. The Warner Bros. release has already grossed more nearly $220 million, and it's on pace to become the most successful R-rated comedy of all time—without adjusting for inflation.

As a result of its star's increased drawing power, All About Steve is looking like it could do some serious damage at the box office when it opens during Labor Day Weekend.

Steve will be competing with Gamer from Lionsgate. The action flick, which stars Gerard Butler, is from the same creative team behind the two Crank films. Unfortunately, despite the growing drawing power of star Jason Statham, Crank High Voltage recently sputtered at the box office and grossed only $13.7 million domestically since opening in April. Gamer will most likely perform much better thanks to the increased visibility Butler will experience thanks to July's romantic comedy, The Ugly Truth.

Check out our predictions for both of these films in the table below.